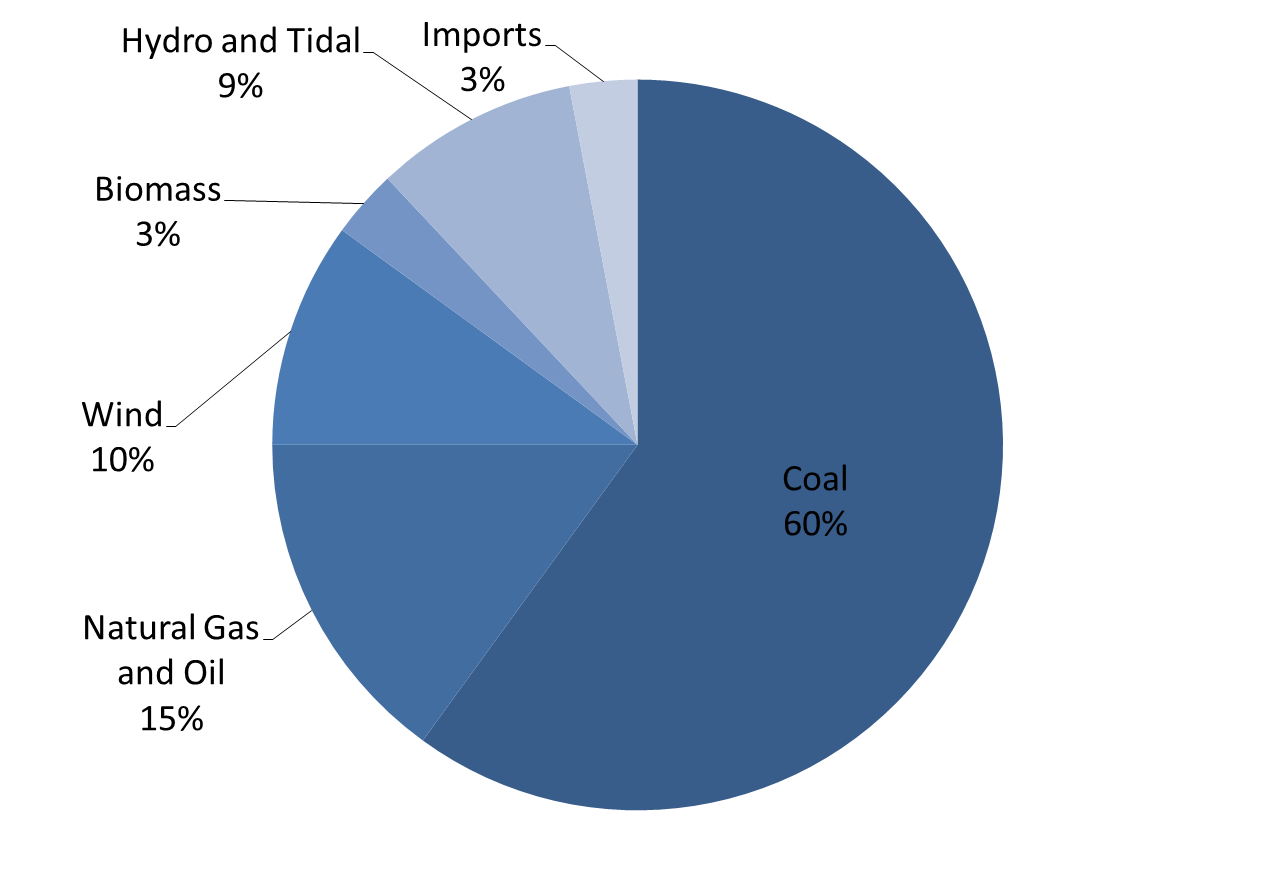 With 60% of power generation coming from coal in 2014, Nova Scotia has made little progress in reducing the use of coal.  Compare this to places like Ontario where the last of their coal plants were shut down years ago, or New England, where coal generation is down to single-digit percentages of power generation.  Nova Scotia has four coal-fired power plants with a total capacity of 1252MW, and has only one power plant that runs natural gas; Tuffts Cove, with a capacity of 500MW.

It's clear from the above graph that the utilization of natural gas generation is less than coal.  If they were used in proportion to their capacity, natural gas would account for 20% of generation and Coal would account for 50%.  The likely reason for the under-utilization of natural gas capacity is due to the high cost of natural gas during the winter peak period.  While I haven't found published information on the price Nova Scotia Power pays for natural gas, the regulated gas recovery rate charged by Heritage Gas should be a reasonable proxy.  The winter 2014/2015 peak was $15/GJ, and the 2014 summer low was around $9/GJ.  Compare this to the Henry Hub, where prices averaged below C$4/GJ this winter.  The price of thermal coal is around US$50/st which, at around 20 million BTU per short ton, equates to an energy cost of US$2.50/mmbtu or around C$3/GJ.

So why is the price of gas in the maritimes up while at the same time going down in the US?  Production from the Sable offshore energy project is less than half of what it was 5 years ago, and new production from deep panuke has not been enough to offset that drop.  Meanwhile US production, primarily from the Marcellus shale, has increased.

As for renewable energy, wind has just made it into the double-digit percentages, but solar is non-existent. Although the cost of PV is approaching grid parity, the lack of a solar feed-in tariff has likely limited solar PV installations to primarily off-grid projects.  Unlike Ontario where microFit pays about 40c/kWh, Nova Scotia is unlikely to see anything similar.  The reason is that Nova Scotia's peak demand of 2GW is in the winter, while Ontario's peak demand is in the summer.  A solar feed-in tariff in NS would just exacerbate this seasonal demand imbalance.  The economics of solar PV has recently become worse, as import duties will likely increase the cost of PV panels in Canada.

In my next post I'll review Nova Scotia's energy plans and make some predictions for the future.