Since I was a teenager I've been interested in cheap energy sources.  In the past couple years, I've read a few articles and seen a couple Ted talks on thorium reactors.  I thought it would be simpler, cheaper, and more efficient to use the heat from a nuclear reactor directly in the home instead of converting it to electricity first.  As a result, I'm planning to test it out.

I had read about a kid who used lantern mantles as a source of thorium, but that seemed like too much work.  Then I read about thoriated tungsten welding rods.  A local welding supply shop sells a 10-pack of 2.4mm x 175mm rods for under $40.  Each rod has a volume of 0.8cm^2, and .3g of Th.  Based on the articles I've read on thorium reactors, the heat generated from the nuclear reaction of 1g of Th is 36 million BTUs.  So if I can consume all the thorium from 10 rods (3g), I'd generate 108 million BTUs of heat, at a cost of under 40 cents per million BTUs. 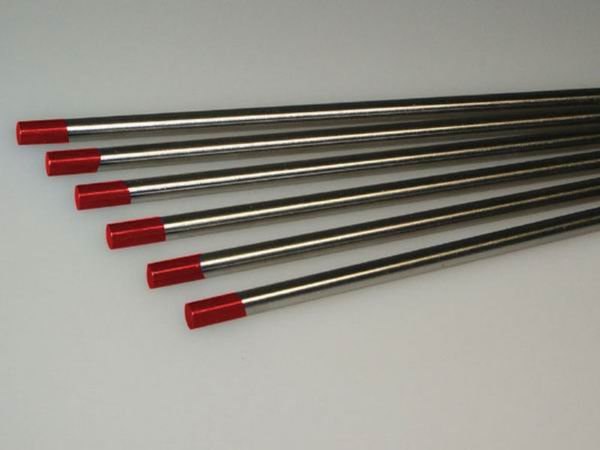 In my post on costs of heating in NS, I calculated that heat from electricity costs a little over $40 per million BTUs.  So the cost of heating with a thorium nuclear furnace should be about 100x cheaper than electricity!  Besides thorium, the other thing I need to make a nuclear furnace is a neutron source.  The liquid salt thorium reactor articles talk about using uranium-233, which I can't (legally) obtain.  Ka-Ngo Leung and his colleagues in Berkeley Labs have invented a cheap way to generate neutrons, but it's not commercially available yet.  The radioactive boy scout stories say he used radioactive americium-241 from smoke detectors as his neutron source.  He wrapped it in aluminum, which absorbs the alpha particles from the americium and spits out neutrons.  I'll try the same thing.

I also need a neutron moderator to slow down the neutrons so they'll be captured by the thorium atoms to start the nuclear reaction.  Hydrogen, carbon, and to some extent oxygen all make good moderators.  Candu reactors use heavy water, but that's hard to get and it's expensive.  Most nuclear ractors use regular water.  The radioactive boy scout used charcoal (carbon).  Paraffin wax is mostly carbon and hydrogen atoms, and so makes a good moderator.  I'd like to be able to easily remove the neutron source (to turn off the furnace).  Paraffin wax would melt when the furnace heats up, so my first attempt will be to wrap the neutron source with some charcoal using some aluminum foil.  I'll attach a wire, and drop the cylindrical neutron generator into a tube that is surrounded by the thoriated tungsten rods.

I'd love to hear from any physics heads on what the rate of the reaction should be.  Protactinium-233, the decay product of Th-233 has a half-life of 27 days and beta-decays into U-233.  So I'd guess it will take a couple weeks to approach full temperature.

Posted by Ralph Doncaster at 2:13 PM